Are you kind to your partner?

A couple came in to see me recently, clearly feeling likely they were headed for divorce. I observed the way they spoke to each other. They seldom made eye contact and when they did it was with a good deal of hostility.

As they sat next to each other on my “love seat” they positioned themselves as far apart as was physically possible. They spoke to me as if the other wasn’t present and appeared readied for “fight or flight” during our initial sessions. That is, they were armed for attack or escape.

Maureen gave examples of how Richard was selfish and neglected tending to her needs. She didn’t feel he was interested in what she did or had to say. Maureen felt painfully rejected and her importance to him minimized.

Richard spoke of how Maureen spent too much time shopping and with her friends and was no longer interested in him or in having sex. Richard also felt rejected.

Maureen and Richard didn’t have the necessary communication skills to express their true concerns to each other —so instead they felt increasingly hurt and alienated—defensively finding reasons to be critical and judgmental of the other. Their relationship was slowly coming undone.

Have you ever experienced a relationship that once felt close to your heart and over time seemed to slip away and deteriorate? 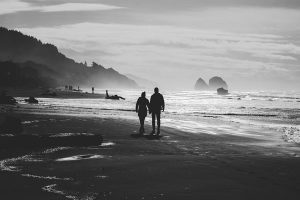 Not only is this unpleasant—it can be heartbreaking.

According to the research the four biggest predictors of failed relationships is being critical, withdrawing, righteous indignation or defensiveness, and contempt.

Contempt is by far the most serious offender—rolling the eye, signaling disgust in some way or communicating the message that “I don’t care about you or the boat you came in on…” This is the ultimate deal breaker for any relationship. It makes the other feel small, unlovable, and unworthy.

Partners who treat their loved ones with contempt destroy the love in the relationship. Being mean to one another is the death knell of relationships—whether a couple stays together or not.

So what is the antidote here?

As you might expect kindness is the glue that bonds couples and friends together. Research shows that being kind is the biggest predictor of satisfaction and stability in a relationship.

Kindness makes each partner/friend feel valued, validated and loved. Kindness breeds kindness and generosity of spirit. The good news is that kindness is an “emotional muscle” that can be developed with practice over time.

I’ve been working with Maureen and Richard for several months now and the jury is still out if they will make it through—but I can tell you that the quality of their conversations has changed dramatically over time. They make more eye contact and have been learning to take pause with some deep belly breaths–so that they have an opportunity to think before they speak or pass judgment. I’m hopeful that they will find kindness and eventually that spark again.

What do you do when the critic within takes hold and communication begins to feel impossible?

I’d love to hear your comments and suggestions.