Abuse is any behavior that is used to control or quash another human being with fear, humiliation, manipulation, intimidation, guilt, criticism etc. Emotional abuse employs verbal and psychological tactics rather than physical ones. Sometimes it can be blatant while other times it can be quite subtle and hard to detect. Chronic devaluing and shaming gradually tugs away at the victim’s psyche leaving long-lasting, sometimes lifelong scars. The abused feels worthless and deserving of this torment. Usually the victim’s greatest fears are being lonely and unloved. 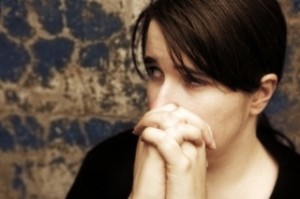 lAt sixteen years of age, Jenny did not understand why her father called her a “whore”, “slut”, and “tramp.” Her virginity was intact. Sometimes she flirted with boys like the other girls, but never did anything beyond kissing them. She wondered if sleeping with a boy would make her a bad person.

Her father also exhibited dramatic mood swings that left Jenny terrorized and uncertain about what would happen next. He sometimes displayed great affection towards her, but at other times, became enraged and rejected her.  Jenny’s frustration over her father’s name-calling and mood swings grew over time. She felt violated, yet was afraid to speak back to him and communicate her insecurity. Jenny hated herself for not standing up to him. Her mother also feared the father’s abuse and neglected to defend her daughter. Jenny a once bouncy, effervescent little girl, began feeling hopeless and expressed learned helplessness in her teenage years. She was losing her life force. Over time she developed an eating disorder, which became her cry for help.

Some common forms of emotional abuse:

Because emotional abuse can so easily occur behind closed doors, it is often difficult to identify. If children are consistently exposed to emotional abuse at home, they may think the behavior is normal. An emotionally abused child has not necessarily witnessed the way a healthy home environment operates.

Some signs and symptoms of emotional abuse with children and adults:

The cycle of emotional abuse: tension and anger increases, there is some explosive incident, followed by a reconciliation and finally a period of calm.

How do you think someone you care about can break the cycle of abuse?

Please stay tuned for Part 3 about some ways to break the cycle of abuse.