My relationship with my father was complex. I sometimes wondered what I would say upon his death. Perhaps I would say nothing or perhaps I would blurt out all those things I never dared to express to him directly. Two weeks ago today my father died unexpectedly. Convoluted and tumultuous feelings continue to swirl through my mind and body–there is an ebb and flow and the occasional tsunami of emotion. 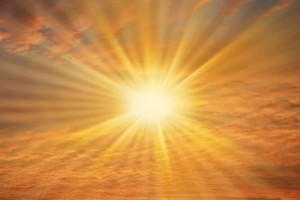 In the end I found it to be both healing and instructive to write some of my thoughts down that I said before my friends and family at his Shiva. I chose to mindfully honor my father and the life he lived. What guided me in my search for the right words was being authentic and recognizing the man he was. The power of forgiveness, the potency of journal writing and the strength of my support system helps me through this challenging time.

This is my eulogy to my father. May he rest in peace.

My father was a powerful, charismatic and complicated man.

As a boy he was uprooted from an anti-Semitic Kansas City, Missouri to Hightstown, NJ.–when my grandfather decided it was time to work the soil and get back to basics. My father, his six siblings and my babushka wearing grandmother, moved to the farm–125 acres of crops, chickens, cows and a horse or two.

At seventeen my father snuck out of the second floor window of his farmhouse and left that farm with little more than the shirt on his back. As he often said, “He never looked back.” No way was his life going to be about milking cows and tending to chickens.

He took tremendous pride in being able to take care of himself under any circumstances. He was self–educated and the quintessential self–made man. As he stepped away from the butter and egg business, to my mother’s family decorating business, to a successful career in real estate, he always looked ahead toward the next challenge.

Some time before exiting the farm, he met my mother at a summer camp that rented space from my grandfather’s farm. Later, when he made his way to New York City he took my mother out for a couple of dates. Nothing much came of it–until one day he heard that my mother’s father fell off the garage while making roof repairs and died instantly before my mother’s eyes.

He rushed over with an armload of groceries to help out and somehow this tragedy brought them together. They married on Christmas Day in 1947 during the worst blizzard of the century and almost no one showed up. They remained together for more than 50 years until my mother’s untimely death in 1998.

My father worked hard. He had guts, good instincts and big goals. He provided well for his family. Taking his cues from my mother, we traveled extensively, became well–educated and had many rich cultural experiences.

My father loved to argue any side of any subject and was always quick to invite debate, “argument for its own sake” he called it. He possessed a hungry and penetrating mind. He loved numbers, games and most importantly the art of the deal. Competition ran through his veins and winning made things all the better. His passion for business, sports and bridge is where he found his greatest solace.

Everything he did was self-taught and he taught himself well.

My father did not often show a tender side, except when it came to my children, Amy and later Max. He loved to hold each of them as babies. On certain occasions Amy would cry inconsolably. My father would gently rock her in his arms until she fell asleep. He would let her remain in the safety of his arms for long stretches of time. The same was true when Max came along.

Only in the last few years did he become able to tell me and my three siblings that he loved us, that he was proud of our accomplishments and the people we had become.

On Monday, his doctor suggested that he check into the hospital because of his chest pains. But, no! Being his usual stubborn self, he would not hear of it. He had a bridge tournament later that night which he refused to miss. He never did make it.

Last night after Friday evening services at temple we went home to pick up some things from our deconstructed house, before heading back to the hotel where Martin and I have been living for the last two weeks. In the mailbox was a belated birthday card addressed to Amy from my father. It was postmarked March 28th–the day of his death. His last thoughts were about his grandchildren. In the card he also sent his love to us all of us–which he underscored. I believe this was his way of saying good–bye.

2 thoughts on “My Father–Paul “Giggy” Kamen”