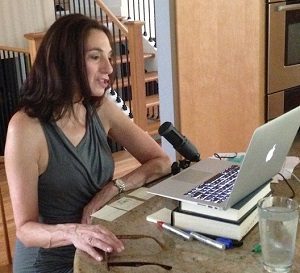 Past Retreats and Events

Conference May 3, 2018 – May 8, 2018
Red Mountain Spa and Resort.
Retraining the Brain for Fun and Adventure – nightly program

May 21-26, 2017
Omega Institute, Rhinebeck, New York
Retraining the Brain for Positivity and Success: An experiential approach.

July 11, 2017 at 8:00 am Taped Eastern
Shreveport, Louisiana
Interview on Strategies for Living KEEL AM 710

July 12, 2017 at 11:00 am Taped Eastern
Marietta, Ohio and West Virginia area
Interview on The Morning News WLTP Newstalk 910 AM

July 17, 2017 at 11:05 am Live Eastern
The Source: Ocala, Daytona Beach, Florida
Interview on the Health Matters: AM OCALA WOCA Radio

You can engage Dr. Randy Kamen's coaching services with your team or company, either at your location or on Martha's Vineyard at Blueberry Fields MV.

Dr. Randy Kamen can speak to your team about the following topics: