The Importance of Female Friendships in the Digital Age

In today’s digital age, personal connection and relationships have arguably been sacrificed on the altar of technological efficiency. Our sensory world, and possibly even our neurological makeup, is being altered by headphone-attached iPods, cell phones, laptops and virtual offices. One in five romantic relationships now begin online and social networks like Facebook have forever changed the definition of “friend.” 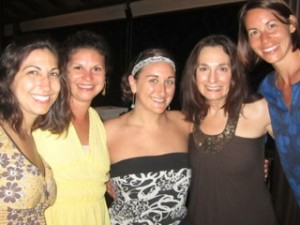 Despite all of these changes, never before has nourishing our female friendships been so vital to maintaining a happy balance in our minds and bodies. Ample research shows that the deterioration of our connections with each other not only impoverishes our personal and communal lives, but also significantly affects our health and well-being. In my thirty-plus years of clinical experience, I have often observed that without feeling a sense of belonging or connectedness, we risk feeling anxious, depressed and alienated. Numerous scientific findings, which I will highlight below, agree that the strongest predictor for creating a fulfilled life is building healthy relationships with others — at home, at work and in the community.

One landmark study by Laura Klein and Shelley Taylor on the relationship between friendships and stress discovered that women react to stress differently than men. This difference is due to the different proportions of hormones that are released into the bloodstream. When men and women are stressed, the hormones cortisol and epinephrine are released together, which raise a person’s blood pressure and circulating blood sugar level. Then oxytocin comes into play, which counters the production of cortisol and epinephrine and produces a feeling of calm, reduces fear and counters some of the negative effects of stress. Men release much smaller amounts of oxytocin than women, leaving them to more acutely feel the effects of the flight-or-fight response. Men tend to respond to stress by escaping from the situation, fighting back or bottling up their emotions.

Taylor contends that women, on the other hand, are genetically hard-wired for friendship in large part due to the oxytocin released into their bloodstream, combined with the female reproductive hormones. When life becomes challenging, women seek out friendships with other women as a means of regulating stress levels. According to Taylor a common female stress response is to “tend and befriend.” That is, when women become stressed, their inclination is to nurture those around them and reach out to others.

Another study underscoring the importance of friendships was conducted by David Spiegel, who studied the survival rate of women with breast cancer. He found that those women who had a strong, supportive circle of friends outlived by many years their counterparts who lived in social isolation.

Finally, the Nurses’ Health Study from Harvard Medical School showed that the more friends women have, the less likely they are to develop physical impairments as they age, and the more likely they are to lead a contented life. The study also showed that not having friends or confidants is as detrimental to your health as being overweight or smoking cigarettes. The researchers examined how well the women functioned after the death of a spouse, one of life’s greatest stressors. They found that even in the face of this major life loss, women with close friends with whom they can share their burdens, fare better than women who lack close friendships. Friendships between women are clearly a vital aspect of living happier, healthier, and more connected lives.

In the upcoming Part 2 of this post, I will provide concrete strategies on how to create and cultivate friendships.

Today, ask yourself: What role has female friendship played in your life recently?